An In Depth Look at Trials of the Magi 
As a continuation of my last week’s post, today I am going to be diving into some of the gameplay and mechanics of Trials of the Magi. If this is your first time hearing about the game and you want to learn more, I recommend that your read THIS before continuing. 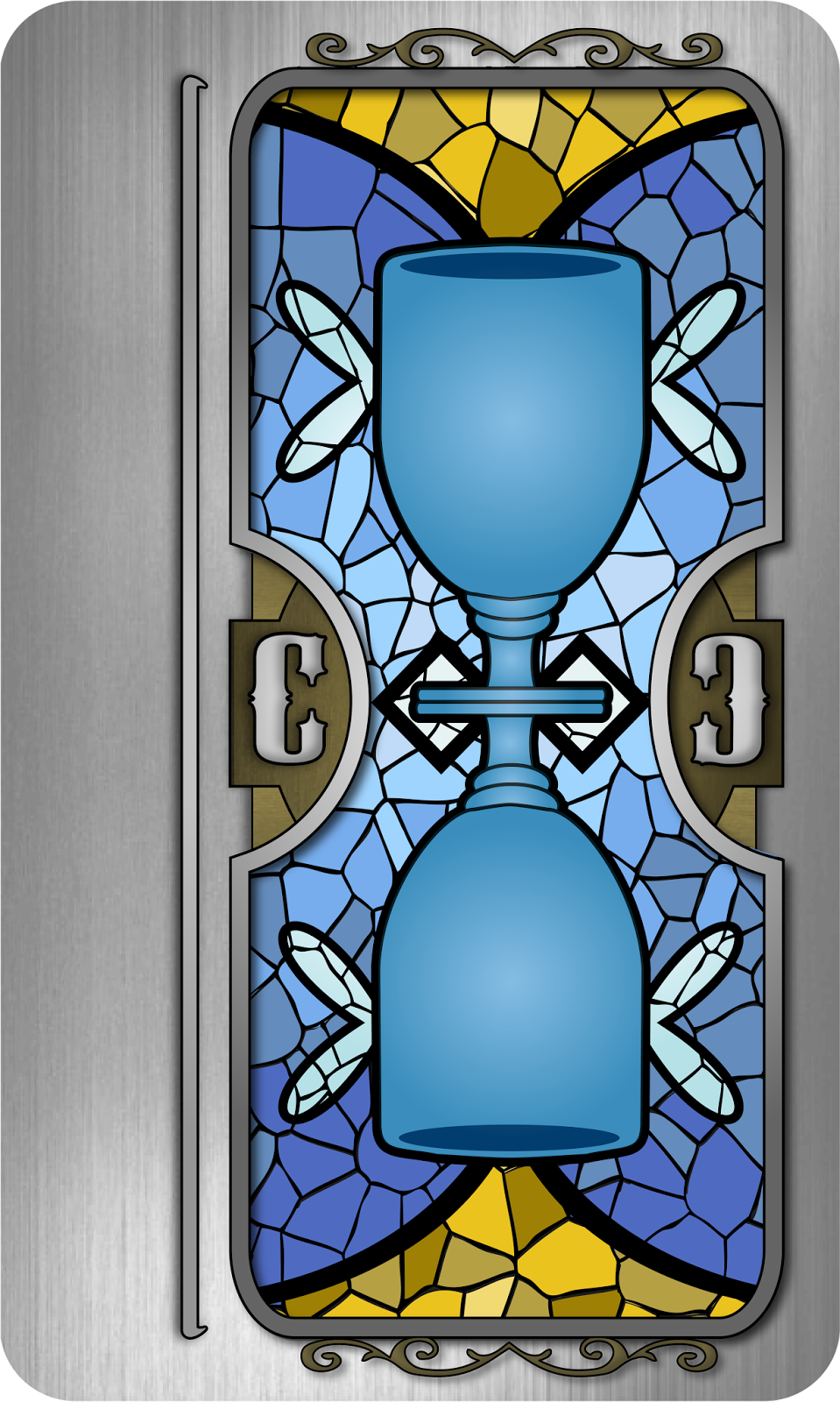 With that established, let’s get this party started. From my previous post you may recall that players within Trials of the Magi are tasked with guiding a projection of themselves through a crucible of strange and abstract trials. The powers possessed by this Persona are derived from the player’s life experiences and are portrayed by a hand of suited Arcana Cards. These cards each display a single word that describes the player's memory, and a suit which ties the card to the type of memory used. Within the trials, players must play cards from their hand onto the table in order to overcome obstacles. The more difficult the obstacle, the more cards the players are required to be played.

When playing a card, the player must justify its relevance to the current action in order to use it. As an example of this let’s say that I have a card with the word “Insects” written on, as I use to catch and collect insects growing up. And let's say that my Persona in this situation needs to cross a small chasm, this is a minor challenge and would only require one card to overcome. This means I could play my insect card, and justify it by saying “I use my insect card to grow moth wings and fly over the chasm”. With that said my card is laid on the table and my Persona crosses the chasm.

With my insect card no longer in my hand, it can’t be used for future obstacles. That card is no longer available to me and in order to get it back I must spend an Entropy and pick up the card.

Entropy is form of currency within Trials of the Magi and is represented by a deck of pass or fail cards. When trying to overcome an obstacle, a player can choose to draw a card from the Entropy Deck instead of playing an Arcana card from their hand. If the player draws a positive entropy card, the Persona succeeds as though an Arcana Card was played. Draw negative entropy however, and the Persona’s situation is complicated and made worse. Each Entropy Card drawn is then held onto by the player and can be spent later in the game pick up their played arcana powers.

The last major mechanic in Trials of the Magi is fracturing. The connection between player and Persona is the most vital part of a Persona’s strength. As this connection weakens, a Persona can begin to fracture and crack. Even to the point of shattering entirely. In the mechanics of the game, this connection is represented by the number of Arcana Cards available to the player. In order to get through difficult parts of a trial the players will be required, discard some of their Arcana Cards a for temporary boost. These gains come in two forms:

1.    The player can discard a card, and treat a negative entropy card as though it were a positive entropy, and therefore succeeding the action.

2.  The player can discard an Arcana card to invoke the special ability contained in the card’s suit. These powers were explained in the previous article.

Each time a player does this their connection weakens and the Persona fractures. If a player is forced to discard all of their Arcana Cards, their Persona shatters and they are not able to participate in the trial. It is the goal of the player to get through each trials without discarding all of their cards.

Trials of the Magi will be launching on Kickstarter on March 20th and if the game sounds like something that interests you I encourage you to check it out.

Thank you for your time and support,