It’s the Christmas season, the time for ugly sweaters, creamy desserts and curling up next to the fire. This year I have chosen to catch up on my reading, and in doing so I stumbled upon a blog post titled “How Not to Notice Things” that caught my attention. Within this article the author talks about his opinion on perception checks. If you haven’t seen the article I strongly recommend it raises some excellent points and the examples  given are spot on. For those who haven’t read it, the focal argument of the piece is that a skill check outcome of “Nothing Happens” has no redeeming value within the game.

I agree with this completely, not only that but I believe  an outcome of “Nothing Happens” even take away from the game. If a player is making any form of check within the game, they are trying to influence the fiction in one form or another.

If the character succeeds and gets what they want, they feel powerful. Their character shaped the fiction to the their desire.

If the character fails, and the situation is escalated, the player is engaged. Their failure has either made things worse or raised the tension within the game. The player now wants to correct this mistake and is a lot more invested in the fiction.

If the character fails and nothing happens, the player is bored. They have tried to interact with the game, but were ultimately denied access because their character isn’t good enough. In this scenario, skill checks are solely a gating mechanic.  Meaning your character needs to be ‘this’ powerful or your rolls ‘this’ good if you want to play the game. This is a really bad practice as it completely disengages the player. Saying “Nothing Happens” is equivalent to telling the player their actions don’t matter and in a medium which is built upon expression, that is a huge problem. Every roll and action should try to get the player more invested and involved in the game. The best way I have seen to do this is by ensuring that every roll has a notable impact on the game, no matter the outcome. This doesn’t even have to be a mechanical impact it can purely be narrative.

The author of the article has a couple of really good examples in this regard. In their scenario ‘Steve’ is have a drink at a bar waiting to meet up with ‘Lacey’. During this time a rival enters the bar. The GM then requests the player to make a perception check to see if they notice the rival: 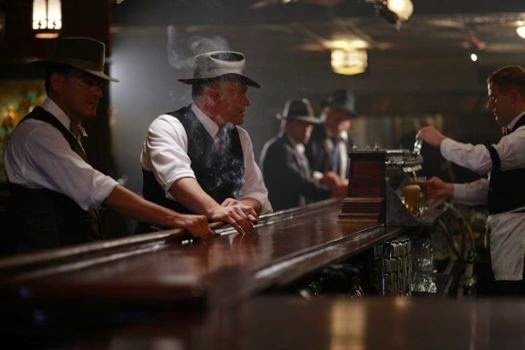 GM: “Steve, give me a Perception check.”
STEVE: “I rolled a five.”
GM: “Out of the corner of your eye, you see a guy walk in.  He looks familiar, but you don’t get a good look.”  (Steve can then act on this information.)

Alternatively:
GM: “Steve, give me a Perception check.”
STEVE: “I rolled a five.”
GM: “As you’re waiting on Lacey, a suspicious character walks in, heads to the back booth.  Before you do anything else, though, Lacey walks in and sits down next to you.”

The brilliance in both of these resolutions is that even though Steve fails, the game still progresses. In fact I believe the second example yields a more result than if Steve were to succeed. In the future when you are planning encounters or designing mechanics, think about how to engage the player through failure.  Because at the end of the day,  we are still playing role playing games, and as such we should aim to engage our players as much as possible.

Thank you so much for reading, and enjoy your holidays!

-Patrick Lapienis
Posted by Unknown at 04:30