Game Design Month - What I Learned

As some of you may know, over the past thirty days I have challenged myself to enter National Game Design Month (NaGaDeMon). It was a brutal and grueling month but I managed to pull through it and I am so happy I did. Not only did I develop my skills and endurance as a designer I also now have another game under my belt which I am proud to put my name on.  In today’s post I would like to share some of my experience with you.

So without further ado, here is what I learned from developing Trials of the Magi. 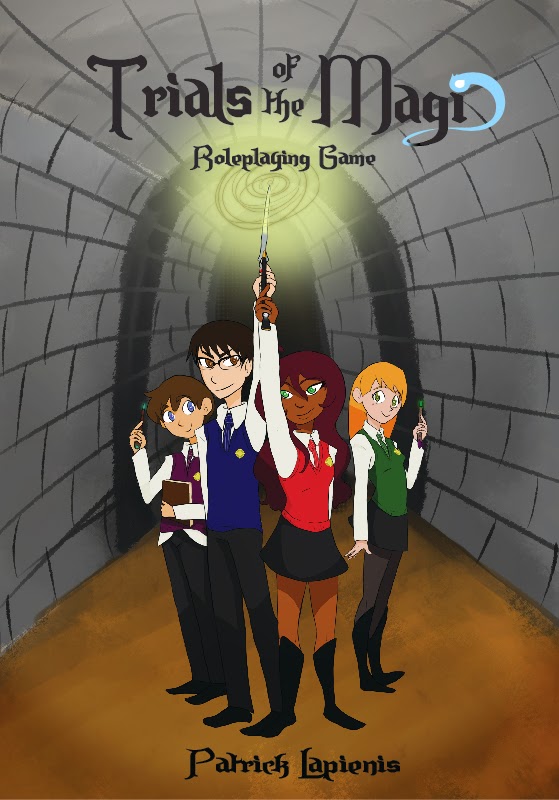 The idea for Trials of the Magi started with one simple word, a word that sent me down a thirty day rabbit hole.

A simple word, but with a big goal, make and educational RPG in which players cast spells through the use of mathematics. It sounds cool on paper but the execution needed to be perfect if the game was to be fun and educational. I wracked my brain for days trying to execute this without being ham handed. After a lot of experimentation I couldn’t come up with anything I was happy with. However in this development period I did come up with the Magi Paradigm Matrix. This little chart was a clever way to track a character’s affinity to each of the eight standard schools of magic. Rather than beating my head against a proverbial wall with the mathemagician angle I decided to see where this arcane placement chart would take me. This is when TotM started to get the form you see today. I associated each of the axis on the graph with two polar attributes, both within the game and in real life. This connection to real mental traits allowed me to determine placement based on a personality test, opening the door for the game to travel into alternate reality game [ARG] territory. 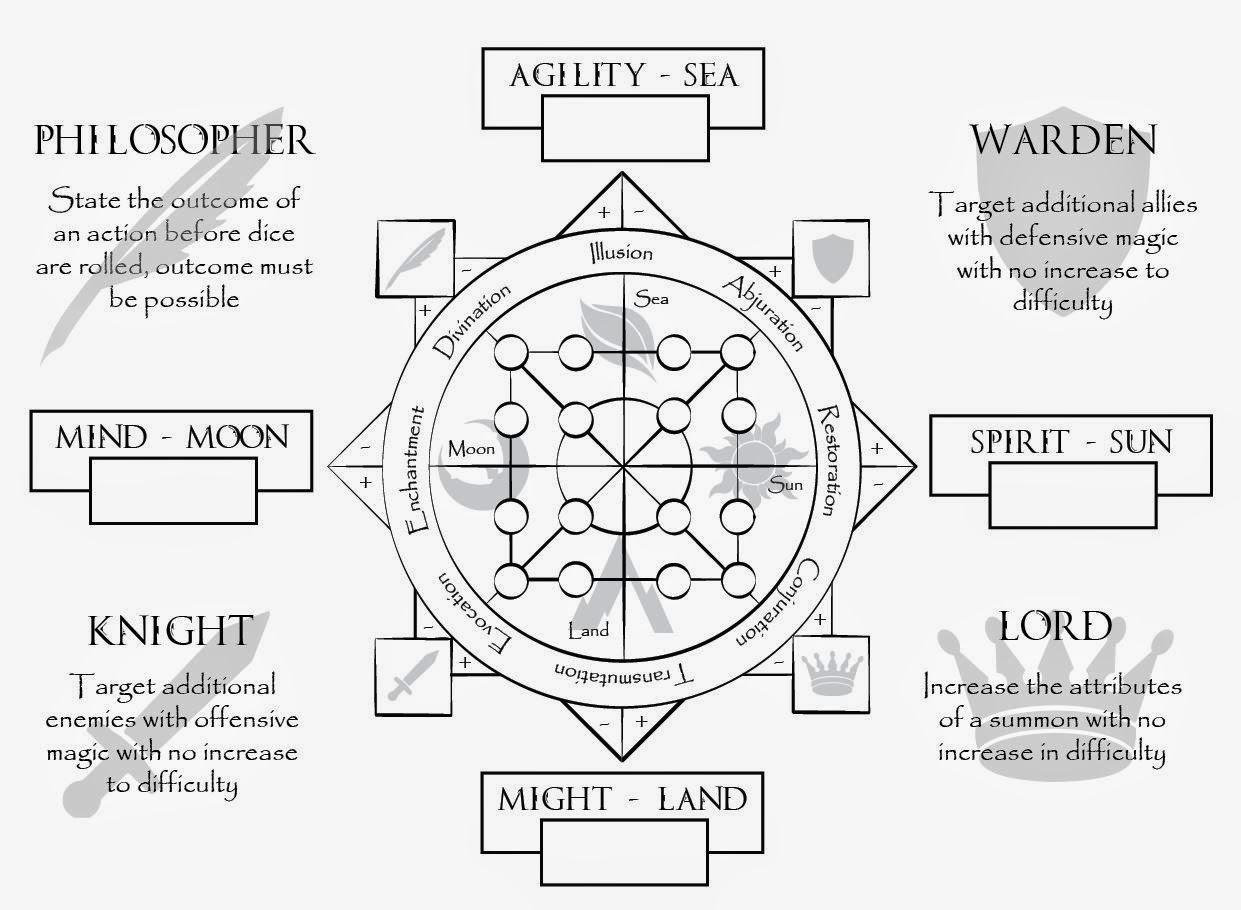 I have always liked ARGs as the have this sense of immersive mystery within them that other genres seldom achieve. And with ARGs being such a good tool for education, it was something I wanted explore within my game. This exploration lead to the game’s central premise. TotM is an ARG, in which you play a tabletop RPG, in which you play yourself. It’s a crazy premise, and I was curious to see if it would work. So I did tons of research on both educational games and ARGs, This itself actually took a hand full of days to complete. (If you are interested I recommend Extra Creditz’s videos on the matter which can be found HERE, HERE, HERE and HERE)

With a good amount of ARG research done, I progressed forward, now looking to tie in an educational aspect to the game without being obtuse or ham handed.  After a number of failed ideas I came up with “Understandings”, which is one of the key tools within the game for character individuality. Because players would be playing themselves, Understandings could be used to shape their character around their own personal knowledge and experiences. This was great because it encouraged players to go and educate themselves about a topic without flat out saying ‘Go learn something’. The self-directed nature of the Understandings promoted learning without taking away from the fun of the game. I continued to develop this to the point where the game was ready for playtest.

My main playtest group for NaGaDeMon was comprised of players who had never met or played together before. After some minor introductions we got down to making characters and one thing immediately jumped out at me. Understandings were an amazing icebreaker. Getting each of these strangers to share interesting facts and trying to impress each other with what they know really got people open up to one another. This is something I didn’t even consider when designing Understandings, but it was such a great side effect, and I was so happy with its occurrence. Game mechanics can be surprising like that and this is another reminder of why playtesting is so important.

After a week or two more of typing up the rules and play testing, the system was beginning to develop into a full fledged game. It was at this point  I could pass around the game and get opinions on it. While I got a number or responses back, only a few people were able to give me a critical view on the games strengths and short comings. This was so important because it directed me to enhance aspects of the game that were weak, and drive focus to its strong points. While I wasn’t able to address all of the concerns before my deadline there were plenty I was able to get to.

During this review phase I also began editing my rules. oh my god, am I ever happy that I did. I went through 5  personal revisions and 2 external revisions in order to get out all of the spelling mistakes and to make the game make sense. The number one thing I learned here is that you never realize how important editing is until you start doing it. Through all of these edits, playtests and revisions the game became what you see before you today [and I am sure there are still things I missed].
While I have enjoyed playing the game and think that it is a fun and interesting system, I think that it can be so much more. The games shortcomings proved to be a valuable teaching tool, and in my opinion the greatest shortcoming the game has is its lack of focus. Throughout the design, there was a lot up in the air until the last minute, as a result the game wasn’t able to cater the full experience to its target audience. In future projects I would like to ensure that this catering happens better.

This also leads me to my final thought with the game. At its core, this game has some really interesting ideas and if I am able to polish the experience and really focus on my target audience I feel that it can become something great. That is why over the next several months I will be developing the system further and taking it to print. You can stay up to date on those updates by following  me on Twitter or by following this blog.

With developing the game further I would love to hear from everyone who reads/plays Trials of the Magi. Any thoughts, ideas or concerns you have about the game, I want to hear them. The more I get back from you the better the experience I can deliver in the future. Please contact me using the form on the right hand side of this blog or by email at patricklapienis@gmail.com

As always thank you for reading, without people to play the games and  read the blog posts I make, there would be no reason to create them. Thank you.